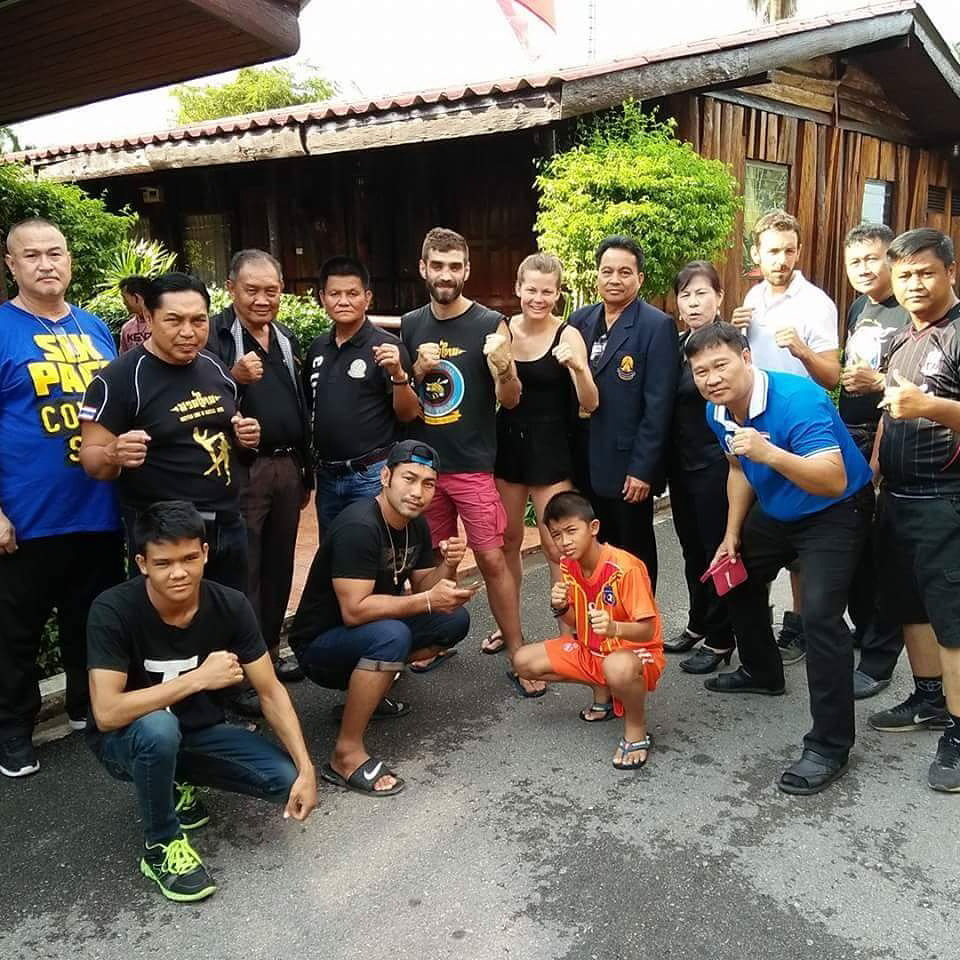 A little over a fortnight ago Bee travelled from Pai to Trat with two of our fighters, Ben from France and Clara from Sweden who were both selected to fight on a show celebrating 111 years of Thailand’s foreign friendships. The promoter specifically wanted a French fighter so it was the perfect opportunity for relatively new fighter Ben to get in the ring and notch up some more fight experience on a big muay thai show outside of the stadiums in Chiang Mai along with Clara who’s also very new to fighting. 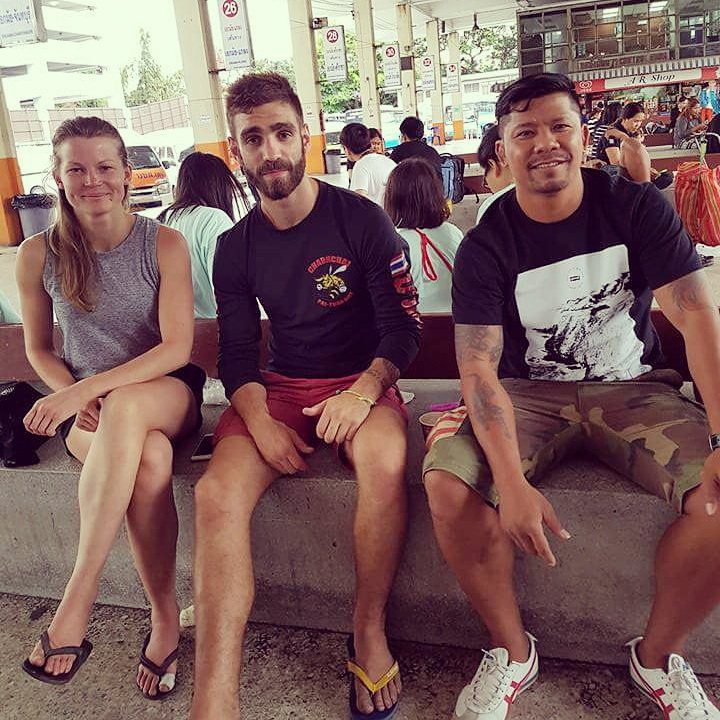 Bee was very impressed with how our fighters trained, prepared and handled themselves in the lead up to the fights and also how they both performed on the night considering their inexperience.  The show was extremely well managed and our the promoters and organization took very good care of our fighters although Bee ended up with blood blisters on his thumb from tearing the tape when taping up the fighters hands, he was very proud to be involved in the event. 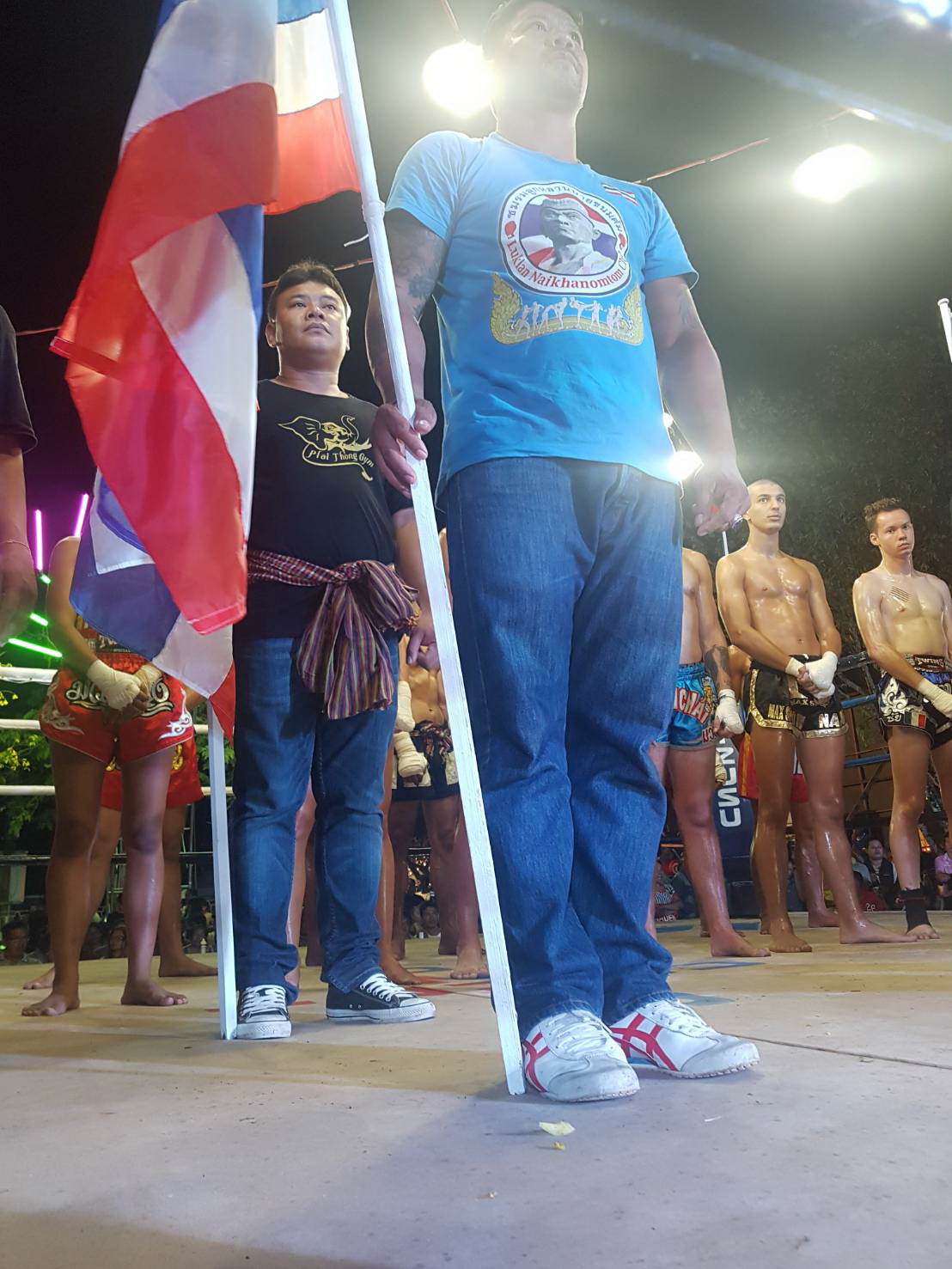 Ben was matched against a decent Thai fighter, Konlek Sit.Jo from Bangkok. The fight went five full rounds and Ben remained true to his usual attacking style of fighting, going forward in every round but couldn’t quite do enough to get the win. In Bee’s expert opinion, if Ben had just thrown and landed a couple more kicks then he would’ve snatched the win from his opponent. 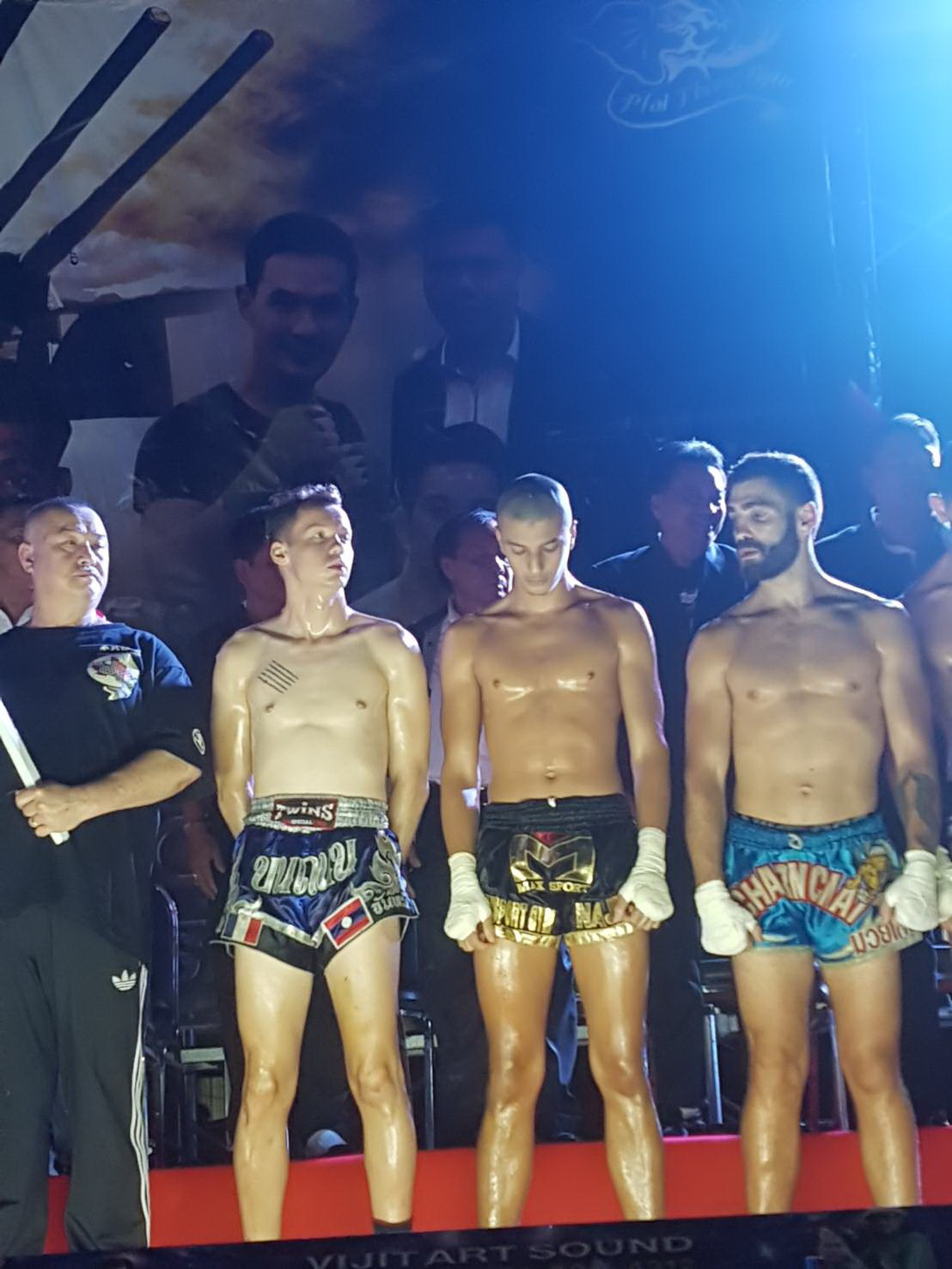 Clara was a total hit with the promoters who really liked her fighting style (predominantly clinching and knees which the Thais always enjoy) and already declared that they’d love to have her back for another fight in the future. Again the fight came down to the judges decision which went in favor of her Thai opponent Roongnapah Por.Muangphet, a fighter with far more fight experience but it was still an excellent fight and Clara came away knowing what to work on ready for her next match. 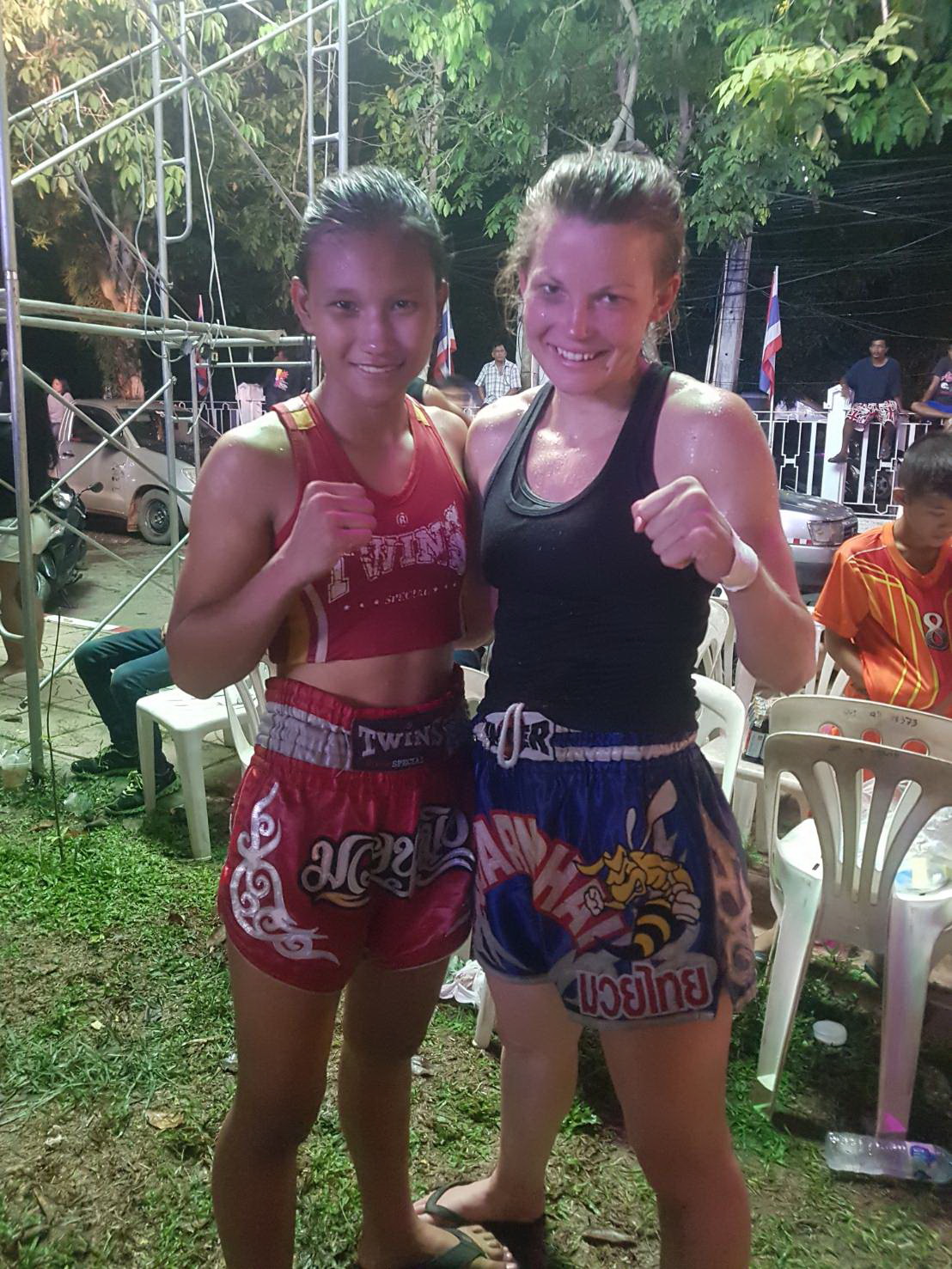 On the same night as Ben and Clara’s fights in Trat, Bee’s brother Ae took our team of Thai fighters to fight at a show in Amphur Phrao just outside Chiang Mai. Four of our fighters were on the original program Sikko, Chai, Game and Denmuangpai whom returned from Bangkok to represent the gym along with Kru Turbo who agreed to a last minute match bringing the total number of Charnchai Muay Thai fighters to five. The team came away with four losses and one win out of all the matches, Denmuangpai winning in round 2 with a knee and Turbo also came away with a shoulder injury after he fell out of the ring!