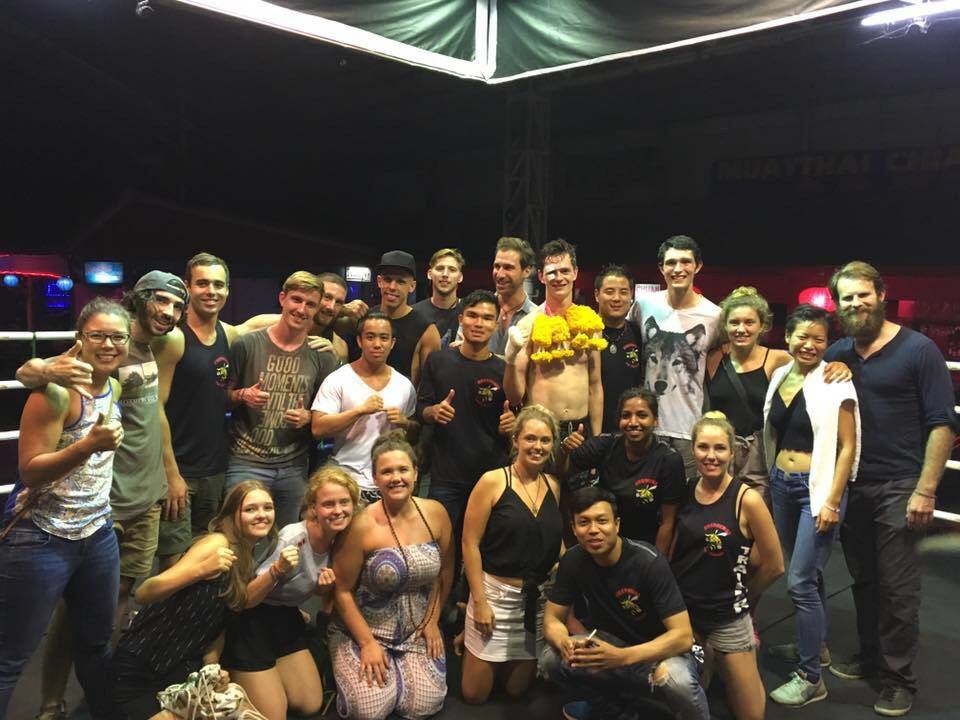 April 2017 concluded with a weekend full of muay thai matches for our fighters in Chiang Mai and also down in capital, Bangkok! Kicking off the weekend’s proceedings on Friday 28th April 2017 at Loi Kroh Boxing Stadium in Chiang Mai were brothers Martin and Nick along with our relatively inexperienced Thai fighter Luhrdchai.

Martin and Nick from England returned to train with our team for the second consecutive year and are possibly some of the nicest (not to mention tallest) guys we’ve ever had the pleasure of meeting so we were delighted when they showed up at the gym and signed themselves up for another month of training. Originally Martin and Nick were booked to fight in Sisaket where they’ve both been working as English teachers for the past year but after a few weeks of training with our team again, together they decided they wanted to represent Charnchai Muay Thai and fight in Chiang Mai. Of course Bee was happy to oblige and arrange the matches as it seemed only right for them to share the experience of training for a fight together and fight on the same night surrounded by their Charnchai peers. There was absolutely no sign of sibling rivalry between them in the weeks prior to fight night, Martin and Nick supported one another through the training process which is a testament to their brotherly bond, they are a real credit to their parents who have done a great job raising two fine young gents. These guys are proof that in fact nice guys don’t finish last, they can fight and win (although Martin came away with a face full of stitches after an exciting battle of elbows and knees). 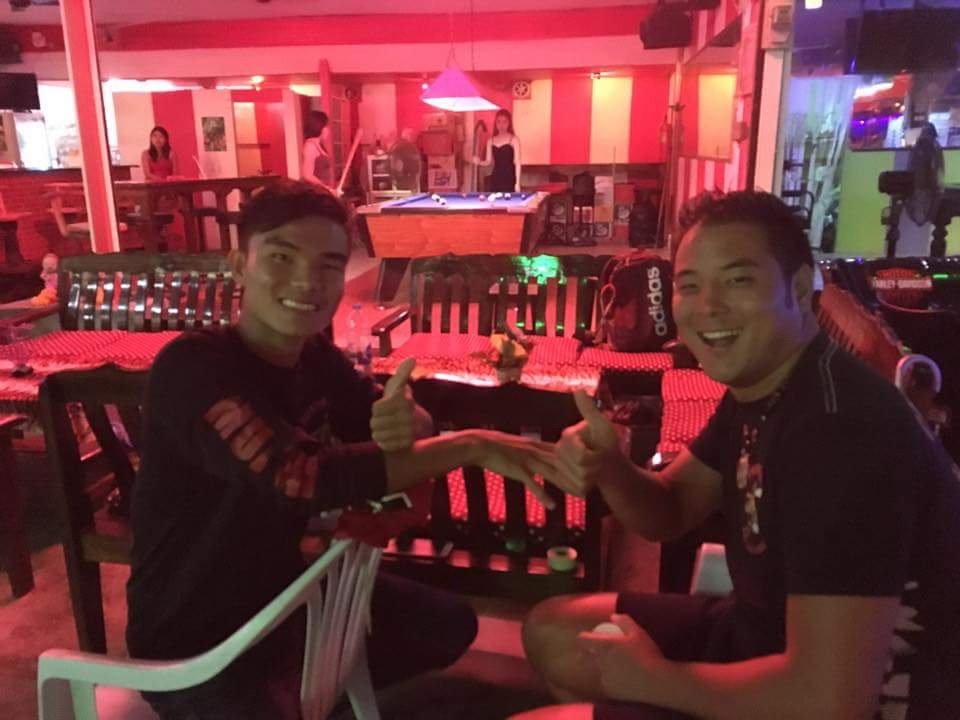 First to fight on the night was our Thai fighter Luhrdchai who is also one of the most polite and helpful young men currently living at the gym. Aged just 18, Luhrd has already experienced a lot in life, losing both his parents at a very young age and his grandparents in years recent, he moved to the gym from a small village 80 kilometers from Pai in order to complete his final year of high school education and only started training and fighting around half a year ago. To date Luhrd has had six fights although when he initially mentioned to the trainers that he wanted to fight, they were a little uncertain about letting him get in the ring as he just seemed too nice and gentle. However what Luhrdchai currently lacks in technical skill he more than makes up for with courage and enthusiasm. He started out slow and steady in round 1, throwing and landing a few left body kicks. In the second round he upped the tempo slightly again leading with roundhouse kicks, then in the clinch Luhrdchai landed some nice sharp knees which he delivered with plenty of gusto and was awarded the win by TKO. Evidently Luhrd’s experiences so early on in his life have given him the most crucial component of any fighter; heart. 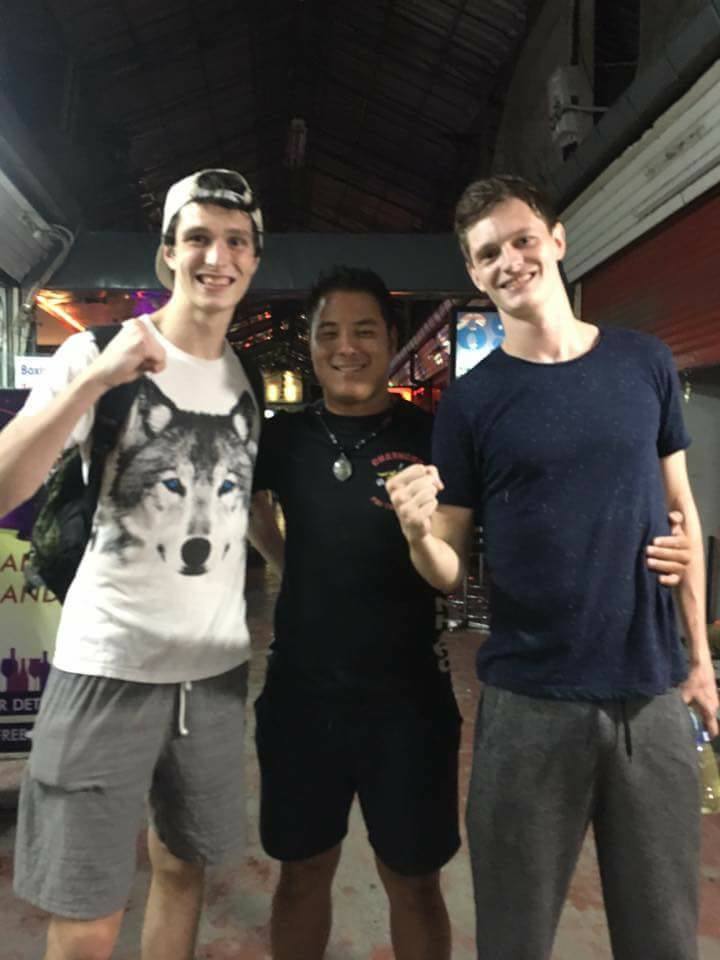 The youngest of the long limbed brothers Nick’s fight was also over pretty quickly after overpowering his shorter Thai opponent and using his reach advantage, the referee stopped the match in the first round declaring Nick, the second Charnchai fighter on the card, the winner by TKO.

Martin’s fight was one of the most exciting matches of the night. In spite of the height advantage Martin had over his opponent the Thai guy was obviously a more experienced fighter and managed to land some pretty lethal elbows and knees, cutting Martin in the third round and then again in the fourth. Martin came out in the fifth round giving everything he had left in the tank and his cardio fitness won him the match when his Thai opponent appeared to gas out and hit the canvas after taking some heavy knees. 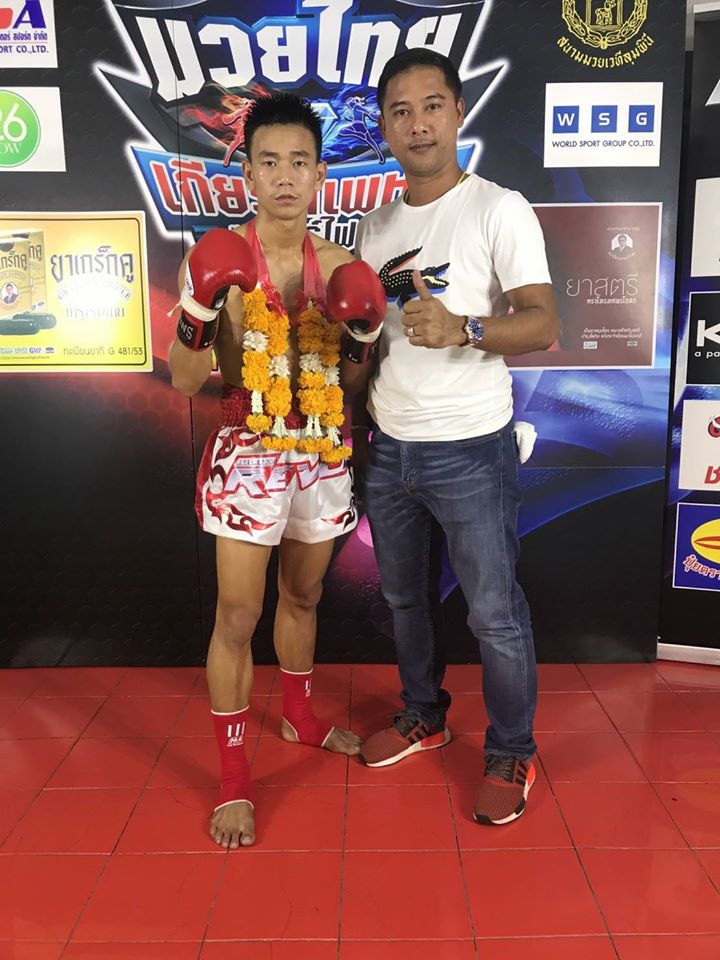 Our young Thai fighters Denmuangpai and Mahamongkol also had some pretty big matches the last weekend in April so Bee was away from the gym for a few days, spending some time down in Bangkok with them at Wor.Wangpom Gym in the lead up to their fights. Thankfully the fights were broadcast live of Thai TV so everyone else at the gym in Pai could see them in action. Denmuangpai gave a strong performance at Lumpinee Stadium (live on Channel 26) on Saturday 29th April, winning his match by TKO in round 3. The fight started out slow and relaxed in the first round with both fighters loosening up. Our fighter Denmuangpai picked up the pace a little in round 2 but both fighters were scoring evenly then in round 3 Denmuangpai came out strong and outclassed his opponent with a series of straight knees forcing the referee to stop the match. 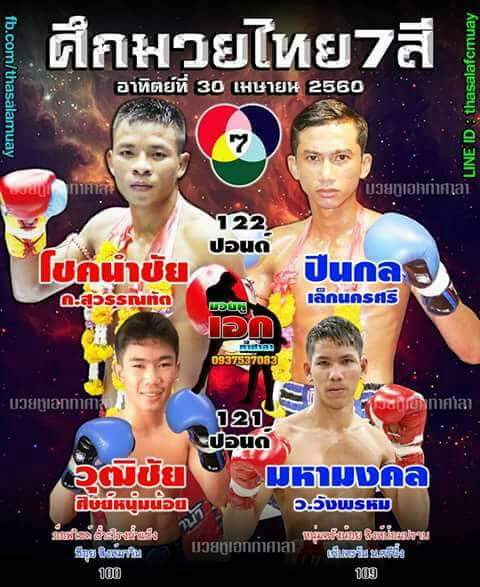 Mahamongkol’s match against Wuttichai at Channel 7 stadium on Sunday 30th April went the full five rounds and was too close to call with both fighters scoring evenly in each round, the overall result was a draw so we expect them to rematch in the coming months. 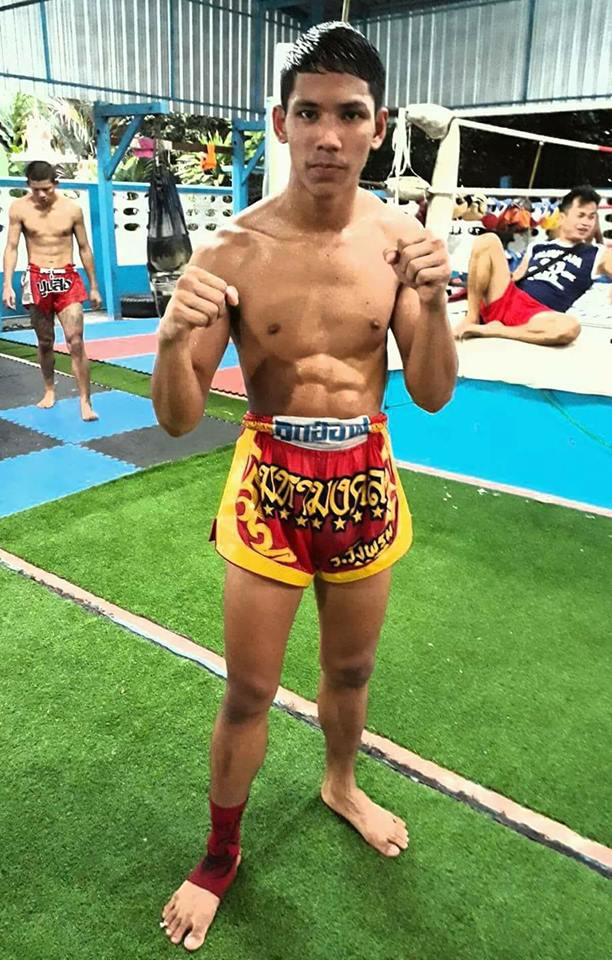